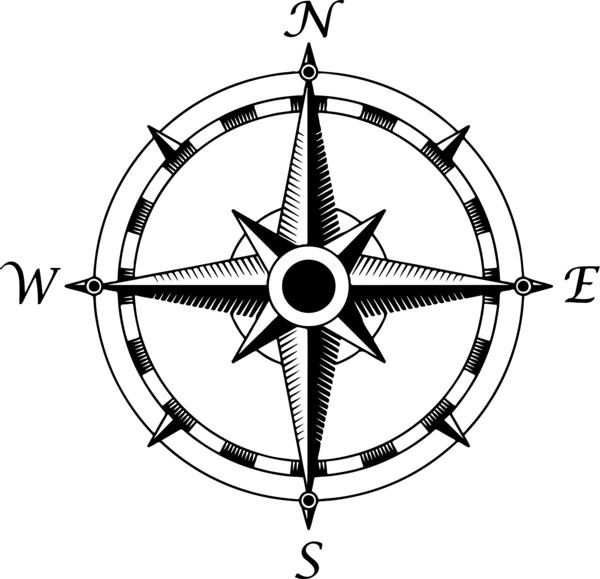 Every now and then we get people fresh from the University, usually they are master thesis students or PhD candidates that are trying to figure out what to do with their lives. They often have slightly complicated geographical situation - parents are in another country, visa issues, girlfriend abroad… - and they often have no preferred specialization.

Until today I had no way to structure how to explain what usually happens in most career paths. While discussing with some colleagues I reduced it to what I call the Career Compass, a very unsophisticated and simplistic way to look at careers. After writing this another colleague pointed out that there is something called skill radar that is very similar to this and in helps in keeping track of your personal skills.

Of course, do not take this as written in stone, as it varies from person to person. People can always make radical changes and they do not need to structure their career so much, in fact it is pretty much impossible to plan further than 2-3 years ahead.

Please don’t take this point negatively. Most people who have read this blog post have gotten depressed by this point and explicitly told me so, they may also disagree with the content but I think that for someone who is starting to work this is very important information. The reason is that it is hard to grasp that time is limited when you are in your twenties. I find this the essential, most important and most underestimated fact that people very early on choose to ignore forever.

An average career often has two clearly separated parts: first you gain competence in a field (mostly in your twenties) and then you try to exploit that competence (30 until -open end-). With this I don’t mean that you are not learning after 30 but perhaps you do with less dedication cause you also have to produce something in your job.

It takes time to be good at something, specially if you have to be so good that someone will pay for your skills. That’s why switching professions - like from particle physicist to pianist - can get complicated. That’s why many people either move horizontally to a similar role in some other place, make their own business or try to grow in the place they are now. If you change to a radically new field, it can usually take few years to become competent in it, so often people start with it as a hobby. Needless to say, once you start making your own family you tend to take less risks and acquire more responsabilities making changes more cumbersome.

If you take Research in Computer Science for example, you could look at the job researchers do. Often, they only need a computer and a lot of time to think and execute on their ideas. Being simplistic, their output is normally code or some written text (meaning that they don’t produce furniture or other items). Expanding that concept a bit we would have as output the code which used mostly in prototypes, scientific publications in more or less prestigious venues, implementation specifications as standards or guidelines and “innovation” in the form of new ideas or patents. There are other things, like input from peers, presentations, blog posts, maybe networking or other skillsets but the core of the work is around this or derivates from it.

I assume that in other professions the process is similar; developers not only code but they do architecture and design, testing, prototyping, tooling, debugging, etc. Depending on the developer role you might do front, db, js, networking, etc. In other jobs your time matters but you need large sums of money to make it happen, which is important when it comes to the input. Often some professions are linear and they only have one career progression or no progression at all if it is exactly the same always.

Once you know what is it that you do, a good way to map where are you going is to qualify how competent you are at it. You could use a subset of the population to know that, like your immediate peers in/out of your company or those a bit more skilled in the art you want to learn. You should try to find an objective metric of your competence. If it is in scientific publications then the hindex is the right one, if it is in code maybe how self-sufficient you are to achieve some project. Innovation is a bit more fuzzy, but you get the point.

Once you grade it 0..10 just place it in a compass whose coordinates are the things that are your differentiated output; the one that would lead to different career paths. In the case of research it could be: publications towards an academic career, specs/standards towards an standardisation role, patents and innovation towards possibly making your own business, coding towards specialising in development. You could add non-technical paths or other different professions too.

Once you connect the dots and colour the space an arrow would appear and show you the right path for you. This will show what you are competent at and what you can improve. It can be that you feel you already maximized all the skills and lack a clear goal in your current role, then maybe it is time to try something else. It could also show that you are definitely lacking on an important skills which is expected on your current role, then maybe you can start improving on it. Or it might show that you really love to do some thing in particular and that you should move on to a further specialization in that path. It might be that you are a well-round professional in your current role, so you can just periodically repeat the exercise to know how is the ground where you are standing. 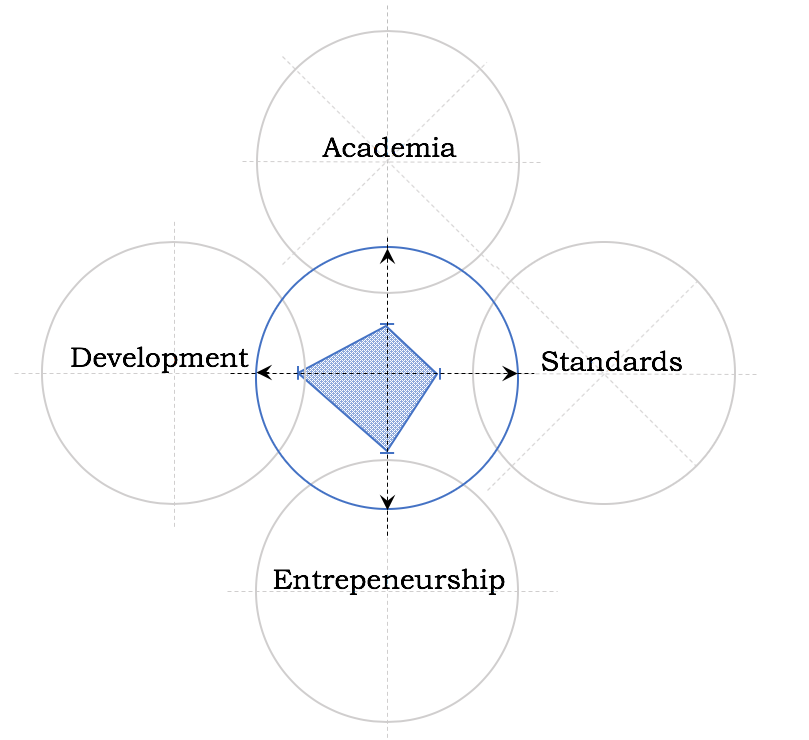 You might find out that perhaps it is time for a complete change of scenery. Many people do change professions and, although it takes time, it is of course possible. It is also the right thing to do if you feel you are stalled. Many of the happiest and most successful people I have met had an inflection point in their lives that pushed them to do something new.