Running Syncthing or Resilio on a Raspberry Pi 3

As a pet project of mine, I have been using a spare Raspberry Pi 3 as a back up system for my files. I want to reduce my dependency on cloud services like Google Drive, Dropbox, etc and I want to have control over what I share.

I remembered Bittorrent Sync from few years back and found out two versions of it: Resilio and Syncthing.

Both allow you to back up files of your computer on any other device or share a large folder among friends or colleagues. If you have a NAS, you can also back it up there and sync the files between your computer and NAS. Finally, they also provide encryption, which is handy in the corporate environment. 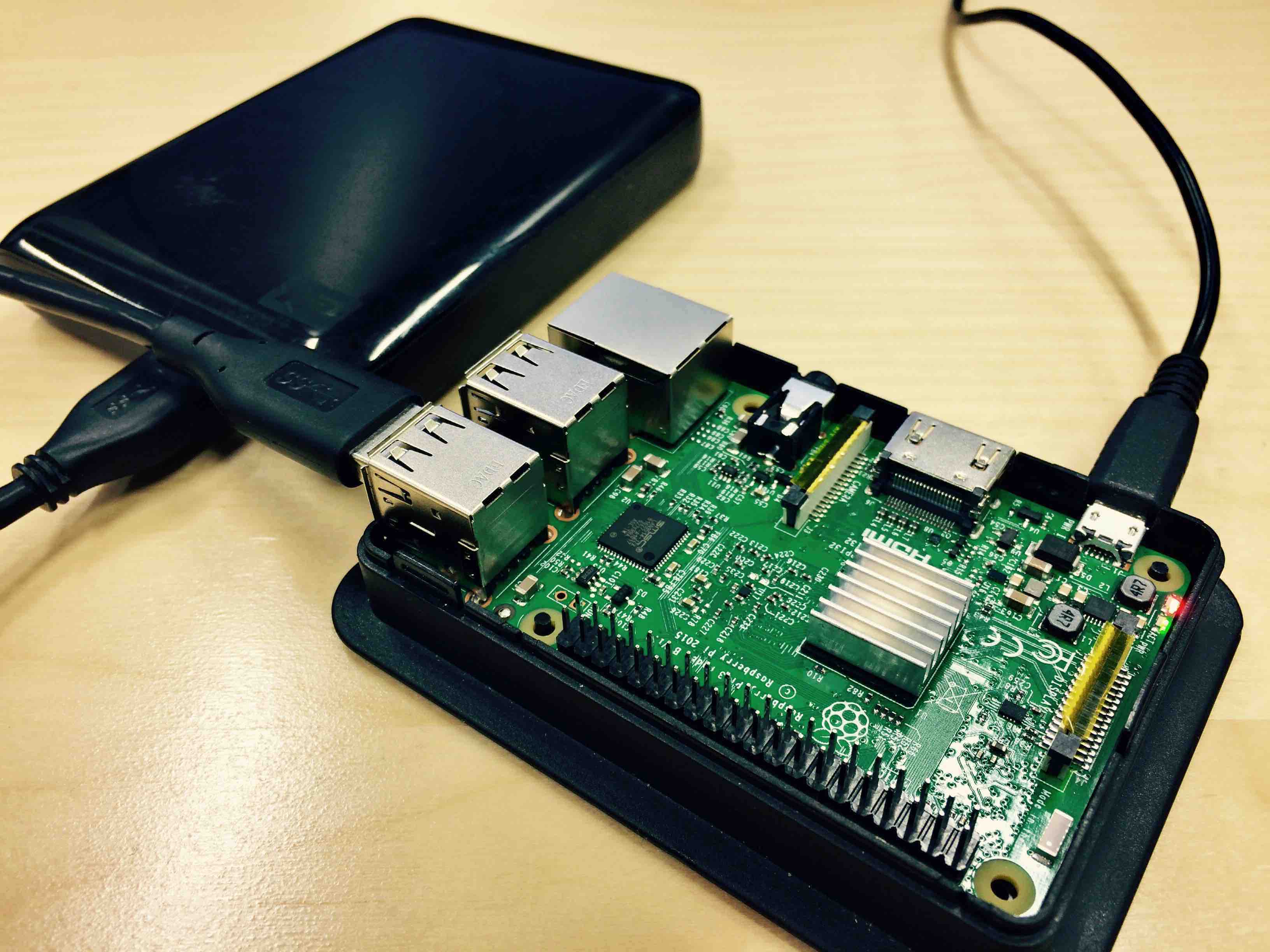 First step is getting a Raspberry 3 (I had a spare one at the office) and perhaps an external hard drive, although an SD card might be sufficient for you. Mine came with 16GB and would have been enough.

Raspberry 3 comes with a handy New Out Of the Box Software NOOBS which, despite the name, even more experience users use to install Raspberry’s OS.

This time I chose Raspbian as it is the default distro and possibly has more support.

After using Resilio for about a month I have found it to be a bit unreliable and buggy on the Raspberry. For that reason I am currently using and recommend using Syncthing instead, which is an open-source alternative to Resilio. I will explain below the installation of both since some of you are directed here when looking for Resilio’s installation too.

In general, Syncthing strengths are the lower footprint both in CPU and memory, the fact that is Open Source and thus can more easily be debugged and scrutinized, and the fact that it has been consistently stable. In the case of Resilio its biggest strength was the iOS app for synchronizing pictures, but that didn’t make up for the fact that it is a proprietary software (thus little better than alternative cloud services) and, even more important, quite unstable and resource hungry on the Raspberry Pi.

Installation is pretty straightforward from their apt packages.

You will get an error on the Raspberry, asking you to install the apt-transport-https package, go ahead and do so: 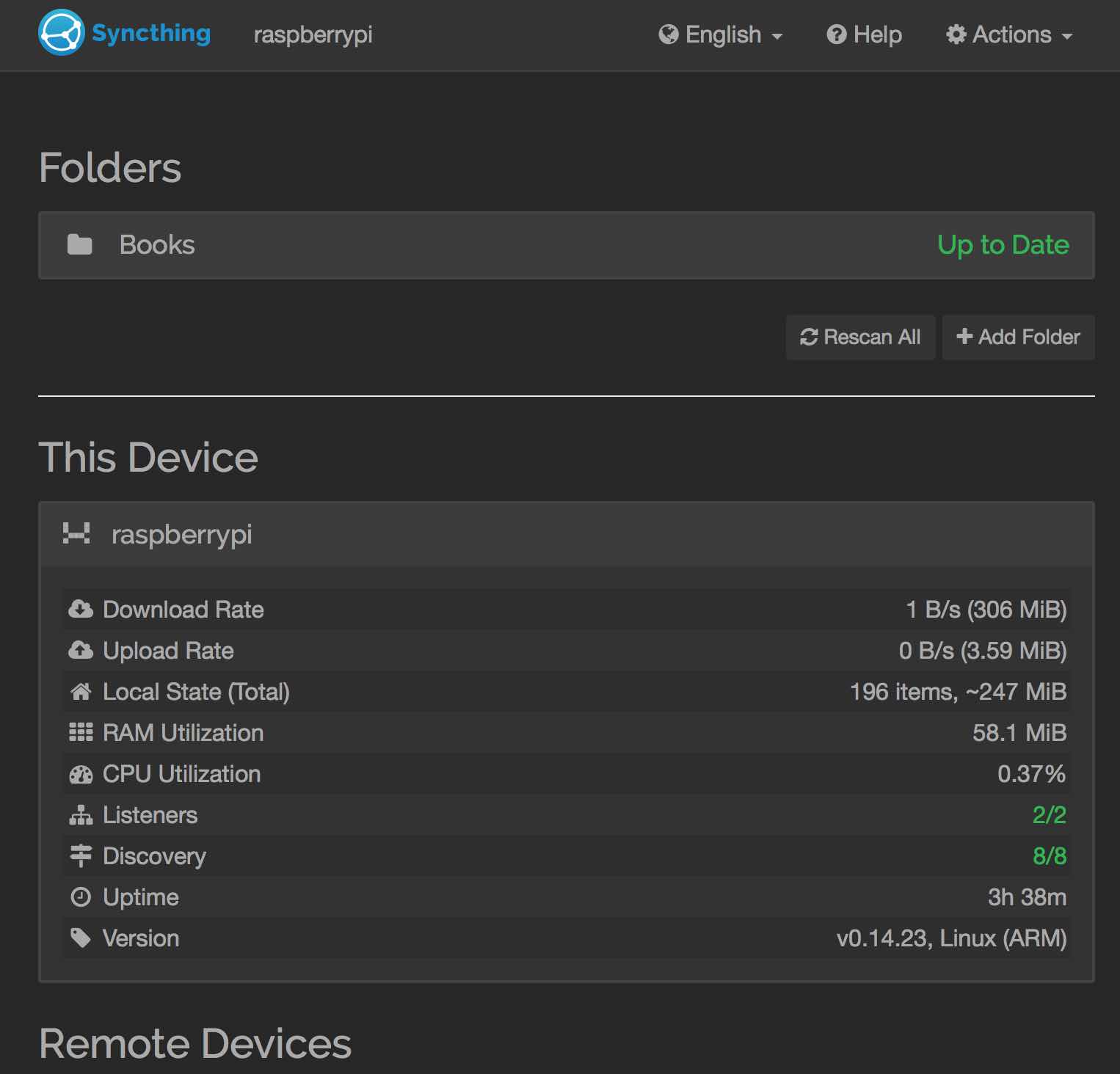 Also Resilio can directly be installed from their official Debian package repository.

Once installed we need to create the configuration file with its basic information.

After this you can reboot the Raspberry, after reboot you should be able to access Resilio’s GUI at 0.0.0.0:8888, it’d look like below.

Now is it a good time to verify that you have networking, NATing and firewalls properly configured in your network.

You can also enable SSH to the Raspberry for remote access.

This point is only needed if you are planning to back up larger files.

First you’d need to format the drive into the ExFAT format. I chose ExFAT because I have Windows, Linux, Android and MacOS and ExFAT seems to me like the only native option on all of them (apart from the outdated FAT32).

Then we will need to install the drivers for the filesystem

We can then reboot and check which are the available drives:

You will most likely find the drive in the /dev/sda2 partition, being /dev/sda1 used for the partition table as below:

You could test if it mounts with mount /dev/sda2 /mnt and dmesg to see the mounting process.

Assuming everything works OK and you can mount your device you probably want to mount it automatically every time it boots. I found a good reference at miqu blog for exactly that purpose. I copy it below for the sake of brevity.

First run sudo blkid , it will return a list of devices and their UUIDs. Note the one for your partition:

Now you can use sudo nano /ect/fstab to add your partition to automount. Assuming you are mounting MYUUID on MYHD I used the same defaults as the article suggests:

Now every time the Pi starts it knows how to mount your drive. Now that all is ready and running, you have yourself an excellent back up and file sharing system. Here is the final Set Up with Bad Piggy included. 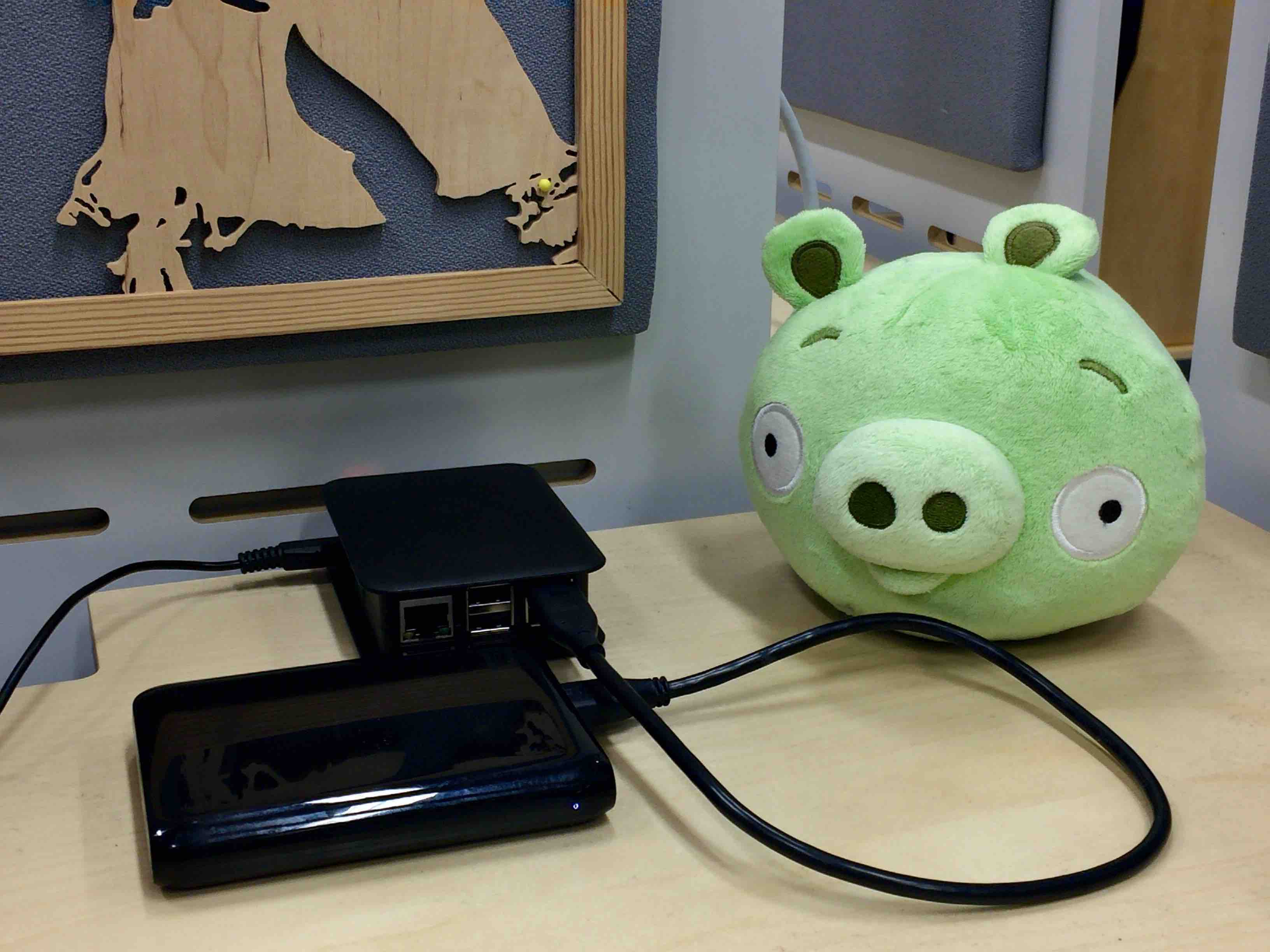 The Raspberry will tend to overheat during syncing, and that’s probably normal under high load (as it is when running a DHT). However it shouldn’t excess 75°C or performance will suffer. I believe at 85°C the Raspberry will shutdown to prevent damage.

I have noted Resilio to be more chatty than Syncthing and to consume resource more often. Syncthing behavior is that of going into low-power listening mode after the transaction is completed. Resilio on the other hand keeps processing for quite some time. I don’t know the reason for that.

It is then important to have good ventilation on your board and it wouldn’t hurt to stick a heat dissipator on top, like the one I show on the first picture.

Another thing you can do is disable the GUI with sudo raspi-config. With that the temperature should drop already by 10 degrees pretty fast.

To be sure of the current temperature run

When I was running Resilio I noticed intermittent connectivity problems over wifi. I have not managed to debug where the problem originated. One candidate was that the Raspberry was running a DHCP client and changing addresses periodically, but after disabling that and setting a static address in the local network domain, the problem persisted. Another issue could have been the large amount of other WiFi Access Points, but I could not affect that. It could also be the fat that the Ethernet port Using the Ethernet port simultaneously, thus having two different IP addresses on two interfaces, showed that there were a relatively larger percentage of dropped packets over wifi. On top of this, there could be some other issues with Resilio itself.

I still have to figure out what was the reason since I just ended up disabling the wlan0 interface. If you want to continue the testing you can use some of the following commands, please let me know the results on the comment section of the blog.