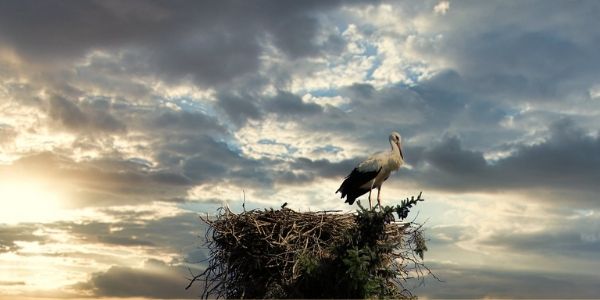 I just got a new laptop after 7 years holding to my old Mac. I changed is hard drive few years ago after an unfortunate soft-drink spill, I put some nice stickers on it, changed its battery even. Lately it has been slowing down just too much and is lacking space and power, so it was time to get a new one. I postponed the migration cause I have many installed brew formulae (or formulas?), tweaked rc files and little bits of configuration here and there that I was worried I would lose.

I didn’t want to use TimeMachine cause it has sometimes failed to back up, sometimes getting stuck on “preparing backup”, a problem that pops up every year when Apple releases a new macOS software update. I also have a lot of rubbish on the desktop that I have not yet filtered out, I don’t want to back that up and I don’t want to obsessively clean my desktop either.

Ultimately I would like to back up my installed applications with brew and mac, my .tmux, .tigrc, .vimrc, bash_profile and other configurations that took me so long to tweak to my liking. As well as other settings that I am not aware of but that affect the behaviour of the applications I use.

I would also like to keep a folder named /code where I keep a series of subfolders with repositories to github and gitlab. I would like to save some script files under /usr/bin as well.

I will write now the steps I followed using the following tools: brew, pip3, mackup, rsync. The assumption is that you have them installed.

The original MacBook will be called M1 and the new one M2. Let’s start with your applications.

That will dump the configuration on a file in Dropbox and will sync it on M2. You may use whichever mechanism you want to sync that file, throughout this tutorial I use only Dropbox.

The contents of the Brewfile look like below and contain mas applications too!. You may also spend some time deleting formulae or apps you don’t use anymore.

On M2 simply run the command below and it will install everything, prompting you when user confirmation is needed. Be patient as the installation will take several minutes.

We may have installed some python packages on M1 that we want to move to M2. Pip allows you to export the current environment, just use pip3 and dump everything on a pipfile:

On M2 you can install the packages again using that file:

Now we want to install the configuration files that we took time to polish. For that we will use mackup.

On M1 run mackup backup to backup your dotfiles. You will see your home folder now has symlinks to the backup, in my case I use Dropbox but there are other options.

Now on M2 run mackup restore. That’s it, now your vim configuration is back how it was on M1, your settings for emacs… whatever you have tweaked.

Lastly, it might be that we have some folders we want a hard copy off. You can of course move them around with a USB or something, but with one command you might do exactly thr same thing.

In my case I have a folder structure nested from one root folder called /code. I keep everything there, code or not, usually on git repositories. It looks like this:

Inside each capitalized folder I keep repositories, for example for ASDF:

Therefore what I want is to simply copy everything as it is from M1 to M2. For that we have the fantastic tool called rsync. Remote Sync or rsync allows you to transfer, mirror, sync or compress files and it’s the most common tool to move files from one server to another (over ssh).

That will copy all folders, git branches and configurations as they are to the new Mac over wifi. Which I find pretty fast and cool.

There might be other little quirks and things to be done but after this, your new Mac has the same applications, files and configurations as the old one.

And this on M1 again: